Provides a Microsoft Message Queue transport for Rebus based on the Experimental.System.Messaging NuGet package. 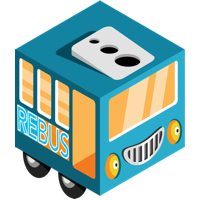 NOTE THAT THIS PACKAGE IS BASED ON Experimental.System.Messaging, which is NOT Microsoft's official MSMQ driver.

The reason for this package to exist, is because Microsoft chose to abandon the entire System.Messaging namespace when they ported code to .NET Core.

You can read more in this GitHub issue: 'Add support for SystemMessaging and SOAP Web Services'.

Are there differences between this transport and Rebus' real MSMQ transport?

This means that it might not work as expected. Or maybe it does? The tests seem to pass. All I'm saying is this: USE AT YOUR OWN RISK! 😨

Another difference is, that MessageQueue.SetPermissions(...) was not included in the port, so all automatically created queues will NOT have permissions set by default. This means that queues automatically created by code running under some systems account (as you normally would) will be owned and accessible only by that systems account. You need to have local administrator rights to fix this, and then go and take ownership of the queues, and THEN you may set the permissions... good times! 🙄

Showing the top 3 NuGet packages that depend on Rebus.Msmq.Experimental:

This package is not used by any popular GitHub repositories.